The Hausdorff medal was awarded to Hugh Woodin at the fourth European Set Theory Conference on July 15.

The Hausdorff medal is awarded by the European Set Theory Society to the most influential published work in set theory in the last five years. This is the first time that the medal is awarded.

Statement read by the President of the European Set Theory Society, Mirna Dzamonja, at the Award ceremony:

Nominations for the Hausdorff medal 2013 were solicited from the members of the Society in November 2012.

The Board of Trustees deliberated taking into account the goal of the Hausdorff medal of ESTS, which is to award the most influential published work in set theory in the last five years. After considering several very worthy candidates our attention became focused on one particular body of work, consisting of the following papers:

where the author made a major contribution to the inner model theory of supercompact cardinals and beyond.

This work is innovative, courageous and deep, and no matter what the final solution of this major problem in set theory will look like, it is clear that it will have to depend on the contributions Woodin made in these papers.

Dear collegues, the winner of the first Hausdorff medal of the European Set Theory Society, setting a very high level for the future winners, is Hugh Woodin of the University of Berkeley, California.

April 16: We started to collect a growing list of online seminar talks in the online activities tab.

December 3: Saharon Shelah received an honorary doctorate from the TU Wien (the Vienna University of Technology). 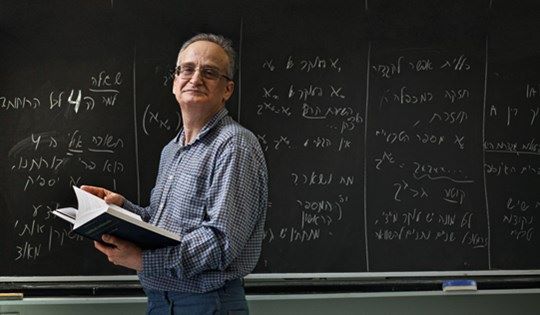